A  gentle and non-invasive natural healing system,  the use of touch to convey warmth, serenity, love, caring and healing, through the channelling of energy to enhance a person’s own life force

Ancient Roots
In the Eastern view the body is regarded as a dynamic energy system, and like many other healing modalities, Reiki aims to restore an unimpeded flow of energy, which may be blocked or disturbed by some form of illness. Many Eastern forms of healing are based on the assumption of a structured energy system that connects your physical body with your soul-self. Reiki is used as an energetic tool and presence to help facilitate your own strength and the natural healing process of the body by creating a deep state of relaxation that inspires healing on a physical, emotional, mental and spiritual level.

Reiki was developed and perfected in Japan by Mikao Usui from 1919 till 1926 and was brought from Japan to the West in 1937 by Mrs Hawayo Takata. She continued to practice and teach Reiki until her passing in 1980. Mrs Takata was extremely devoted to Reiki. If it wasn’t for her Reiki would only have practiced by small number of people in Japan and never moved out of Japan but due to her efforts Reiki has been passed on to millions of people all over the world and the numbers continue to grow

The major effects of Energy Healing like Reiki and Therapeutic Touch are relaxation, pain reduction, accelerated healing, and alleviation of psychosomatic symptoms. Studies have shown that energy healing has a beneficial effect on the blood, as it has the ability to raise haemoglobin values. It also affects brain waves to induce a relaxed state.  Reiki is effectively used in the relief of: acute pain, nausea, diarrhoea , tension and migraine headaches, fever , and joint and tissue swelling and has been used to treat thyroid imbalances, ulcers, psychosomatic illnesses, premenstrual syndrome, Alzheimer’s disease, stroke and coma, multiple sclerosis, measles, infections, asthma , and bone and muscle injuries.

It benefits the most sensitive body system the autonomic nervous system (ANS), which, for example, controls urination. Next in order of sensitivity are the lymphatic and circulatory systems, and then finally the musculoskeletal system. In addition, the female endocrine system is more sensitive to Reiki than the corresponding male system. Thus, Reiki helps with dysmenorrhea, amenorrhea, problems with conception, and the course of pregnancy and childbirth.

Modern Science
Scientific studies have revealed that energy healing produces immediate biochemical effects such as a rise in the hormone levels (DHEA) that protect the body against major illnesses, and an increase in the activation of cells associated with the immune system. By 1998 more than 177 controlled studies of energy healing had been completed. Dr Daniel Benor, an American psychiatrist reviewed close on 73% of these studies, which show that healing treatments positively affect the growth of haemoglobin, cancer cells, bacteria, human hormones and enzyme levels. A study done at California Pacific Medical Centre found that of 40 end-stage AIDS patients, the ones who received distant energy healings had less illnesses, fewer hospitalizations and improvements in their moods than those in the control group who did not receive healings. A research study at Hartford Hospital in Hartford, Connecticut indicated that Reiki improved patient sleep by 86 percent, reduced pain by 78 percent, reduced nausea by 80 percent, and reduced anxiety during pregnancy by 94 percent. 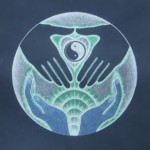 Hospitals are incorporating it into their roster of patient services, often with their own Reiki-trained physicians, nurses and support staff. Reiki was in use in hospital operating rooms as early as the mid-90’s. Since then its acceptance in medicine has grown. It is now listed in a nursing “scope and standards of practice” publication as an accepted form of care and a 2008 USA Today article reported that in 2007 over 800 of U.S. hospitals offered Reiki as a regular part of patient services.

Nurses use Reiki in operating rooms and labour wards to calm patients and to help speed the healing process. Many nurses use Reiki in the nursery, the conditions of many premature babies who have received Reiki have reportedly improved rapidly. It has been used to calm colicky infants, assist women in childbirth, and increase milk let-down in breast-feeding mothers.

Reiki is meaningful and cost-effective patient care. Hospitals are undergoing major changes. They are experiencing a need to reduce costs and at the same time improve patient care. Under the old medical model based on expensive medication and technology this posed an unsolvable dilemma.  Not so with Reiki and other complementary modalities. Reiki requires no technology at all and many of its practitioners offer their services for free. Reiki is therefore a very good way to improve care while cutting costs. At hospitals and clinics across America, Reiki has gained acceptance as a meaningful and cost-effective way to improve patient care.

Profound Results
William Lee Rand, founder and director of the International Center for Reiki Training, estimates (1998) that there are at least 300,000 Reiki Masters, and well over 2 million Reiki practitioners, worldwide. These numbers are undoubtedly much higher today. A survey conducted in 2007 indicated that in the previous year 1.2 million adults and 161,000 children in the U.S. received one or more energy healing sessions such as Reiki.